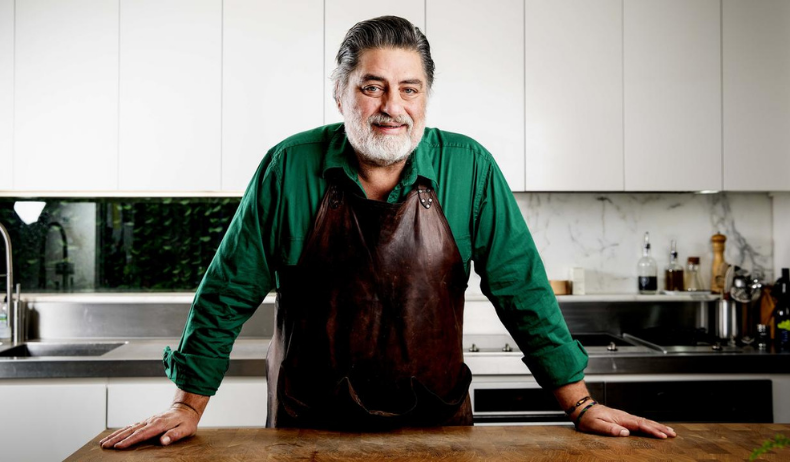 As the weather warms up, it pays to have some of the best summer salads in your repertoire for entertaining family and friends.

And salads can be so much more than a side dish. Food writer and TV host Matt Preston tells us on our award-winning podcast that salads can be the main attraction and then be complemented by the right meat selection. Or just enjoy your salad on its own!

We love a good salad too. Our founder and interior stylist Lauren Keenan even refers to herself as a ‘salad snob’! Not because she’s only into the fancy stuff. But because she knows a good salad can make a meal. And because a little bit of effort can go a long way when it comes to flavour and creating a great eating experience for your guests.

So in this episode of At Home with Lauren Keenan, your authority on home, lifestyle and interior design, Matt Preston gives us the lowdown on his new book ‘World of Flavour’. And he gives us his best summer salads for your next BBQ or family catch up.

You can listen to our chat with Matt here or stream the show wherever you get your podcasts.

Matt Preston wears a number of hats. He is known around the world as a TV host, especially from his time on MasterChef Australia. And he was known as a food critic, trialing and tasting at all of the best restaurants around the country.

But many don’t know he has also been writing recipes for a long time. And it’s a real passion. He writes cookbooks, including ‘World of Flavour’ which is his eighth. Preston is also a senior editor at delicious and taste magazines and he writes for Stellar where we spotted a recent article on salad rules.

As it turns out, they’re not rules so much as they are guiding principles to go by as he tells us on the podcast.

“There was always that joke turning the steaks at the BBQ. I disagree. I think the power place to be is in the kitchen making the salads.”

And he says the best summer salads have to have contrasting textures and flavours.

Another contrast is what Preston calls ‘hard salads’ and ‘soft salads’. He says that hard salads like a potato or grain salads can be dressed in advance are good. While a softer salad is dressed fresh as your guests are about to eat because the acid in the dressing will break down the leaves.

Keeping it simple doesn’t mean reaching for the salad packet at the supermarket. Matt and Lauren both agree on that. But Matt’s big tip is that you don’t have to make salads complicated for them to look and taste amazing.

“I agree with you Lauren. Opening a packet, unless you’re really short on time, is not all that great. You end up getting rubbish leaves,” he said.

“I like really simple salads like really good tomatoes, thinly sliced with red onion softened in warm water with a vinaigrette and some salt and tarragon.

“If I’m going to make a lettuce salad, I might occasionally go for a butter lettuce with blue cheese and a vinaigrette. But really I’m a Cos and Iceberg fan all the way. The iceberg is crunchy and wet so avocado is going to be great in there. I wouldn’t mind a contrasting crunch of cucumber in there.

“And I like Nigella’s idea of keeping all of the colours the same. I’m not a fan of one of those big salads with lots of things chopped up in there, including the dreaded grated carrot.”

Entertaining the Aussie way this summer

“I’m a big believer that the dinner party is largely gone. Drop in and have something to eat. It’s become very Australian and it’s much more casual. Put a shoulder of pork or lamb in the oven. Pull it apart and serve it with a greek salad,” he offers.

“It doesn’t have to be tricky, it’s more about generosity and minimising the amount of time you spend cooking so you can enjoy time with your guests. I just like the idea that people drop around for drinks and stay for a bowl of pasta.

“The death of the dining room and the kitchen and open plan living at the heart of the house. The kitchen at a party is always the best place to be. One, it’s where the food comes from. And two, it’s often where the best conversation comes from.

“I like to minimise the amount of hassle when it comes to the drinks. I like the idea of pre-empting them and saying ‘I’ve made a jug of negroni spritz or a gin fizz’.

“There’s a great drink called a ‘Heath’ which is Bickford’s pink grapefruit cordial, soda, slice of lemon and gin. It’s really good, refreshing and you can let it down with the soda so it’s not too boozy.”

Yum! That’s one we’re going to try this summer!

If you want to add to the best summer salads with more options, ‘World of Flavour’ is out just in time for Christmas. It’s available to buy now in all of the major books stores and online retailers.

In this colourful new cookbook, Matt brings together our favourite, flavour-filled dishes from all over the world – from carbonara and chicken korma to potsticker dumplings and Portuguese custard tarts – with the intriguing and myth-busting stories behind them.

With World of Flavour, you have the ultimate delicious recipes to perfect and enjoy, as well as their surprising histories and facts about them to share around the dinner table.

More about our podcast At Home with Lauren Keenan

Our award-winning interior design podcast, hosted by Australian interior stylist Lauren Keenan, is now in its sixth year, helping you with useful advice to help you create a home you love.

Get in touch if you have a topic you want us to talk about on the show. Rate and review the show on Apple Podcasts. And subscribe in your favourite podcast app like Spotify or iHeartRadio so you never miss an episode.

And if you want Lauren to get started on a project in your home, email lauren@laurenkeenan.com.au. It could be building, renovating or just updating your favourite room.

Find out more about the services we offer at Lauren Keenan Home and check out Lauren’s portfolio of work for some inspiration. And thanks for listening!